Regent's lecturer, Dr Neven Andjelic, recently appeared on BBC World News exploring the migrant crisis in Bosnia and Herzegovina. With international aid groups warning that around 2,500 refugees and asylum seekers will face freezing temperatures this winter, Dr Andjelic, alongside photojournalist Damir Sagolj, talks openly about the human rights crisis and the problems on the Bosnian-Croatian border.

Dr Andjelic, who lectures in International Relations and Human Rights at Regent's, comments: 'Not enough is being done to protect these people and no one is taking responsibility for their human rights. The legislation is outdated. Our understanding about who is a refugee relies on the Refugee Convention from 1951. That was a few years after the end of the Second World War, which was shortly after the beginning of the Cold War. We are now 30 years after the end of the Cold War and yet, the same convention is in place.' 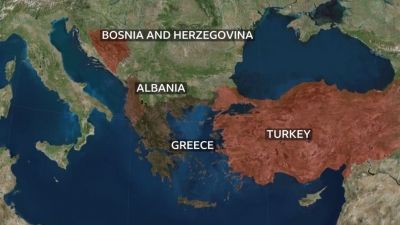 Dr Andjelic is very well positioned to be talking about this topic and he often provides his expertise in European affairs to governments, state agencies and international organisations. His career in journalism includes working for the leading media outlets in Bosnia-Herzegovina. If you would like to find out more about this subject, please take a look at his publications or contact him via email.